You are here: Home / Crime / Courts / Man charged in vandalism at Manchester cemetery 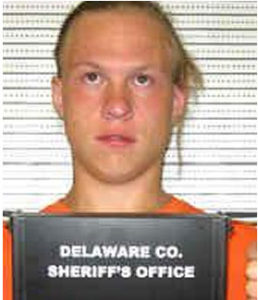 Manchester Police have made an arrest in connection to the vandalism at Oakland Cemetery.

Police arrested 26-year old Malachi Montes of Manchester Sunday on a felony charge of first-degree criminal mischief. Police had received a report of vandalism at Oakland Cemetery on August 16th. Officers discovered 25 headstones that were moved or tipped over and four headstones that were broken.

Montes confessed to the vandalism and told police he was extremely intoxicated and under the influence of prescription medications at the time of the incident. The vandalism caused an estimated $24,000 in damages.

Montes is in custody at the Delaware County Jail on other unrelated charges.