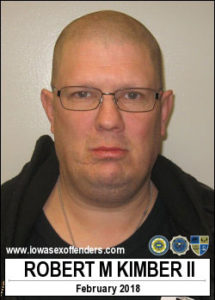 A Polk County man will spend more than 15 years in prison for possessing child pornography.

Police found multiple pornographic images on his cellphone. Kimber has been a registered sex offender since a 1993 conviction for assault with intent to commit sexual abuse. He was sentenced to 189 months in prison.