You are here: Home / Education / UNI president faces challenge of getting more students on campus 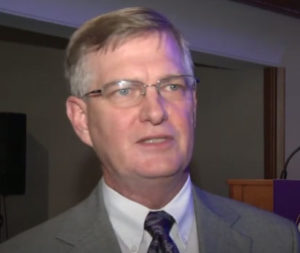 Classes started up again Monday at Iowa’s three public universities and all three have seen enrollment decreasing in the last few years.

UNI President Mark Nook tells KCRG TV that it’s one of the biggest challenges he faces.  “The number of students coming out of high schools has dropped between 2010 and today,” he says. “We’ve also seen a really hot economy, and as the economy gets hot, there are a good number of students who choose not to go into higher ed. They take a job.”

Nook says the school is using a “multipronged approach” to turn the enrollment trend around. That includes working to recruit more high school students who may not have seen themselves attending college. “What we really want to do is to grow our market share of the students coming form Iowa High Schools to UNI,” Nook says. He says the want to reach out to underserved students who may not have thought of going to college to help them realize the opportunities that higher education presents to them throughout their lives.

Nook says UNI is developing grants to attract more students from neighboring states, especially Illinois, Wisconsin and Minnesota, and bring down out-of-state tuition costs. About  about 90% of the students on the Cedar Falls campus are from Iowa, and he says he expects that percentage to remain that high. UNI’s tuition remained the same from last year to this year, while costs at the University of Iowa and Iowa State University increased.

UNI released its fall 2018 enrollment numbers last year and announced that its goal was to increase enrollment up to 13,500 students by 2023. Nook said that enrollment number is still the goal, but he does not believe UNI will accomplish it in the next four years.