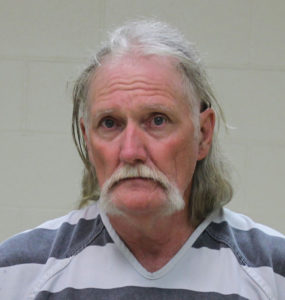 A Mason City man is in jail after police find more than a pound of methamphetamine in a storage unit.

The Cerro Gordo County Sheriff’s Department says they executed a search warrant based on an ongoing investigation at two storage lockers at 630 6th Southwest in Mason City. They found more than a pound of suspected meth with a street value of more than $20,000, as well as a large sum of money.

Fifty-nine-year-old Mark Hobbs was charged with possession of meth with the intent to deliver and failure to affix a drug tax stamp. He’s currently being held in the Cerro Gordo County Jail on $20,000 bond.

Hobbs was arrested in April for allegedly stealing Ritchie Valens memorabilia during the Winter Dance Party in Clear Lake.