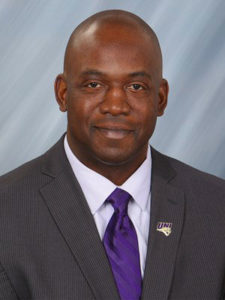 University of Northern Iowa Athletic Director David Harris says the decision to start selling beer at football and basketball games is part of an overall effort to grab fans who now have a lot of entertainment choices available.

Harris tells Radio Iowa  they’re continually looking at ways to improve the fan experience. “For instance, we added a mothers’ room for nursing mothers. Because we found that if you’re a nursing mother prior to having that room — you would have nursing mothers sitting on the floor in the restroom trying to feed their babies,” Harris says. “Or adding a kids’ zone over in the McCleod Center for those families with young kids who are not always gonna wanna sit down and watch a (basketball) game that may be three to three and a half hours long.”

Harris says some people won’t care at all about having a beer at a game — but there has been enough interest shown to add it.
“Not everything that we do is going to appeal to every fan, and that’s why we have tried to take the time and tried to strategically look at the things that would have the most impact,” he says. “So for us, the biggest pro out of all of this is we feel that we are adding something that many of our fans want, that they will enjoy.”

While adding beer sales may bring in more revenue, Harris says they had to look at an overall picture how it would impact the events. “Anything that you do that you ultimately do well — you hope that there’ll be a financial benefit at the end of the day. But at the same time, when you are looking at trying to introduce things — if you are just doing it for financial reasons — then you may be adding something that is not in the best interest of your fan base,” according to Harris.

He says they don’t yet know what the overall impact of selling beer will be. “It’s hard to try to determine exactly what kind of revenue you would make and how that would all break down, and how much would come from more ticket sales and how much of it would come from just concessions and that sort of thing. You can’t allow yourself to be primarily driven by that,” he says.

Harris says the entertainment options for people have expanded and athletic departments everywhere are trying to adjust and compete to get the fans in the seats by providing the things they want. “Whether it’s Wi-fi, whether its selling beer, whether it’s a kid room, what are you doing with your parking…do you let families come down on your field after the game? All of those things you will find will be different from campus to campus,” Harris says. “But the driving thought behind all of it is that we are all recognizing that we are all fighting to try and get fans into our arenas. ”

He says it’s “not just a matter of opening the doors and expecting people to run in just because the doors are open. You really are trying to create something that is attractive to people and that they’ll want to come for,” Harris says. Harris says they put a lot of work into making sure that adding alcohol is done right and is something that adds a benefit to fans and their experience.

Beer will be sold to the general public beginning at this Saturday’s home football game.