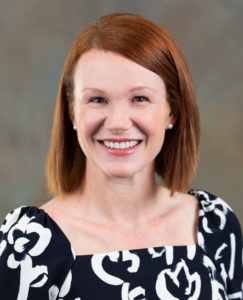 Governor Kim Reynolds has hired a Texan to take over as director of the Iowa Department of Human Services.

Kelly Kennedy Garcia has worked in Texas state government for 15 years. She started as an adviser to former Texas Governor Rick Perry. She’s worked in the Texas Health and Human Services Commission since 2013. Garcia currently oversees a division in the agency that has 700 employees and a budget of $1.4 billion.

Governor Reynolds says that gives Garcia the experience to lead the largest agency in Iowa’s state government. Garcia will start her work at the Iowa Department of Human Services November 1st. She must win a confirmation vote in the Iowa Senate next year to keep the job.

In late June Governor Kim Reynolds’ chief of staff forced D-H-S director Jerry Foxhoven to resign. Foxhoven has filed a wrongful termination lawsuit against Reynolds, two of the governor’s aides and the State of Iowa.

The head of the Iowa Department of Public Health will continue to serve as acting director of the Department of Human Services until Garcia takes over in two months.