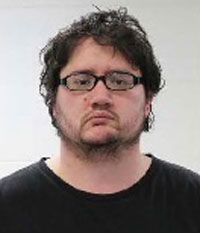 A 28-year-old Council Bluffs man has been arrested and accused of taking nude photos of a four-year-old girl.

According to a news release from Council Bluffs Police, Michael Brandstrom turned the girl over to officers shortly after they arrived at an apartment complex to investigate her disappearance. Brandstrom told police he found the girl outside and brought her into his apartment to keep her safe. Officers say there were “many concerning issues” with Brandstrom’s story.

A search of his apartment turned up a cell phone that had nude photos of the girl on it. He was arrested on charges of kidnapping and lascivious acts with a child.