You are here: Home / News / Karen Pence will be speaker at Iowa governor’s annual fundraiser 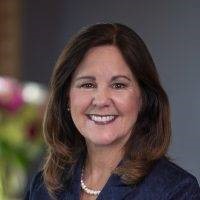 Reynolds calls her fundraiser the “Harvest Festival” and it will be held Saturday, September 21st. This is the third year for the event, which the Reynolds campaign bills as “family-friendly” with activities for kids — as well as the speaking program for adults.

Karen Pence, the Second Lady of the U.S., is a teacher and artist. She’s been championing art therapy as an option for soldiers and veterans dealing with post-traumatic stress.

As Reynolds and her fellow Republicans gather on the Iowa State Fairgrounds for the governor’s fundraiser — thousands of Democrats will be about seven miles away at a Des Moines park, listening to 18 Democratic presidential candidates speak at a Polk County Democratic Party fundraiser.