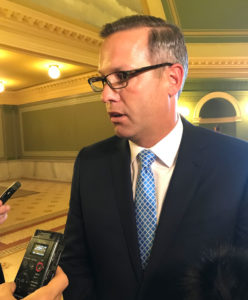 The Iowa Court of Appeals has upheld the dismissal of a complaint that a private plane trip Governor Kim Reynolds and her family took to an Iowa State bowl game was undervalued on campaign finance reports.

Reynolds, her husband and two adult children flew to Memphis and back on the same day in late 2017. The governor’s campaign listed the trip as an in-kind donation of $2880 from the plane’s owner.

Des Moines attorney Gary Dickey argued before the Iowa Campaign Finance Disclosure Commission that the fair market value of roundtrip airfare from Des Moines to Memphis for four people was far higher. The commission rejected Dickey’s complaint. He appealed to the Polk County District Court. The Iowa Court of Appeals has agreed with the district court’s decision to dismiss Dickey’s complaint.

The appeals court ruled Iowa law does not specifically authorize a person to seek judicial review of the commission’s decision.