You are here: Home / Health / Medicine / More than 35% of Iowans are obese 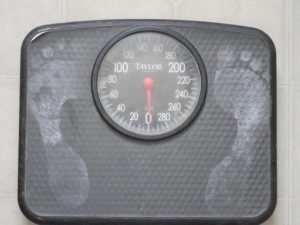 A new report concludes Iowa has one of the highest obesity rates in the country. More than 35 percent of Iowans are considered obese, according to a report by the non-profit Trust for America’s Health. That makes Iowa’s obesity rate seventh highest in the nation.

Nadine Gracia, executive vice president of the group that did the study, says obesity can lead to serious health issues.

“An increased risk for type 2 diabetes, high blood pressure, stroke and many forms of cancer,” she says, “and so it’s something that really needs to be taken seriously.” Gracia says.

Garcia says in Iowa and elsewhere, it’s often hard to find affordable, healthy food and a safe place to exercise.

“In far too many communities it is difficult to be able to do those things,” she says, “and so what we’re advocating for is really to help promote making those healthy choices really the easy choice by ensuring that those conditions exist in neighborhoods and communities across the country.”

The national obesity rate is the highest its ever been — about 31 percent — and Iowa’s obesity rate is four percent higher than that. The Trust for America’s Health says obesity is “a growing epidemic” in America and policymakers must take action. The group suggests several steps to address the problem, including new taxes on sugary drinks to try to reduce consumption of high-calorie sodas.