You are here: Home / Recreation / Entertainment / Only 42% of sports betting was on mobile devices in first weeks 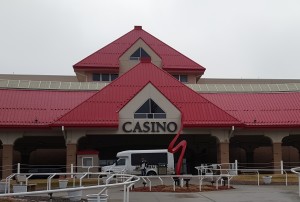 The information from the first couple of weeks of sports betting in Iowa shows a little more than $8.5 million was wagered.

Racing and Gaming Administrator, Brian Ohorilko says the 14 casinos already offering sports betting netted around $2.1 million dollars in profit. “But a lot of that is due to the fact that Iowa reports sports wagering net receipts on a cash basis. And so those individuals who participated in future wagers that’ll pay off months from now — are reported as revenue until those bets are paid out,” Ohorilko says.

He says one surprise is only 42% of the bets were mobile wagering. “We’re seeing that at a much higher rate in other states that have both retail and mobile sports wagering,” he says. Iowa law requires that until January of 2021 you need to first sign up at a casino before you can place a bet on sports. Ohorilko says many people may’ve done that and then just placed their bets at the site.

“So I think that could be one reason why we are not seeing the high mobile percentages. I think also some of the apps that did launch were not where they wanted them to be — in terms of where the companies would want those mobile platforms to be,” Ohorilko says. He says one of the companies is not yet set up to have you bet on a mobile device and you have to bet on a computer using their app.

Ohorilko says the mobile numbers will likely change as the apps system gets better and the on site sign up provision expires.
“I think as some of that is worked out, it will be more convenient and customers if there is not a reason for them to go to a casino — it is reasonable to expect we’ll see the mobile piece really do better in the months to come,” he says.

Casinos predicted sports gambling would bring more people in and Ohorilko says those that offered sports betting did see that happen. “Many of them were up 15% or more with revenue and admissions. But to be fair, other properties that didn’t have sports also had good months,” according to Ohorilko. “It still may be a little early to figure out how much sports wagering is impacting other forms of gambling.”

Ohorilko says it will be interesting to see how much the casinos make in profits when the first full month ends in September.
“That number will fluctuate — because what we see in other states sometimes — if the sports books have a bad month, it is possible that net receipts could be negative,” Ohorilko says.

The net receipts are what are taxed by the state — and the tax was nearly 146-thosuand dollars between August 15th through the 31st.