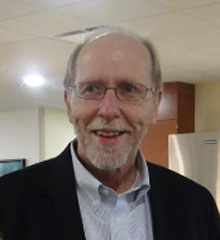 House Democrats will hold a members-only meeting this afternoon, according to national media reports, to discuss the Trump Administration’s refusal to let congress see a whistleblower’s complaint linked to Trump withholding U.S. aid to Ukraine. Loebsack, a Democrat, said late yesterday in a written statement that if the whistleblower’s account is proven true, it is “unacceptable” for Trump to pressure a foreign leader to “dig up dirt” on a political rival.

First-term Congresswoman Abby Finkenauer, a Democrat from Dubuque, released a written statement last night. She said congress must continue its investigation and “get all the facts.”

Neither Finkenauer nor Loebsack mentioned the word “impeachment” in their written statements.

Congresswoman Cindy Axne of West Des Moines, the other first-term Democrat from Iowa, has not commented on news media accounts of the whistleblower’s allegations.