You are here: Home / Sports / Defense leads No. 7 Grand View 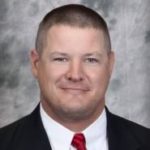 The top two defenses in the Heart of America Conference race collide in Des Moines on Saturday when Grand View hosts Evangel of Missouri. The seventh ranked Vikings are giving up less than eight points per game and just 78 yards against the run.

“That is something we have taken pride in here”, said Grand View coach Joe Woodley. “Defense travels and is something that is always going to keep you within striking distance of an opponent and Evangel is built the same way.”

Evangel is ranked 12th and is giving up just under nine points per game. The Crusaders handed the Vikings one of their two losses a year ago.

“We lost to them in the opener down there”, added Woodley. “They blocked a field goal late in the game and scooped and scored to seal our fate. We are fortunate to have them at home.”