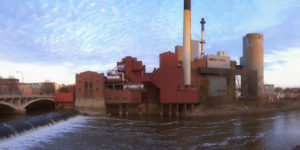 University of Iowa Chief Financial Officer Terry Johnson is confident the school will be able to privatize its utility system.

Under the plan, a winning bidder would pay the university a lump sum — which would be invested in an endowment to support teaching, research and scholarship. Johnson says that up-front payment would be in the ballpark of hundreds of millions of dollars.

“I’m, at this stage, fully expecting that we will complete this transaction,” Johnson says. “We have that kind of interest in having an outside entity work with the University of Iowa on this utility system project.” The U-I is taking bids from companies that would manage its utilities for 50 years and in exchange would be eligible for certain tax benefits.

“I think the only reason we would reject at this point is if the bids come in lower than we expect. I don’t anticipate that will happen but that could happen. And if so we will terminate,” Johnson says.

Questions about rate hikes, energy sustainability and job disruption have come up among some faculty and staff, as 120 workers are expected to be impacted. The U-I says they’ll guarantee a new job to anyone who doesn’t join the new company. The school began exploring the public-private partnership at the request of the governor as a way to generate different forms of revenue.

(Thanks to Kate Payne, Iowa Public Radio/photo from the University of Iowa website)