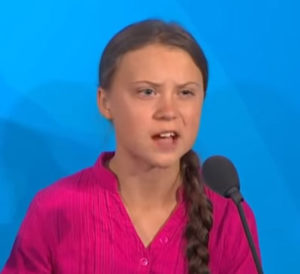 A teenage climate change activist from Sweden says she’ll be in Iowa on Friday.

Sixteen-year-old Greta Thunberg has won global attention for her activism. Just Monday, she addressed the United Nations’ Climate Action Summit in New York City, giving world leaders a firm rebuke: “You have stolen my dreams and my childhood with your empty words and yet, I’m one of the lucky ones.”

Thunberg tweeted on Wednesday that she plans to visit Iowa City on Friday to take part in a student-led protest. What’s being called a “climate strike” was started by students at Iowa City’s South East Junior High and it’s spread to other area schools as well as to the University of Iowa.