You are here: Home / Crime / Courts / Clarinda man arrested for assault on police officer and destruction of liquor 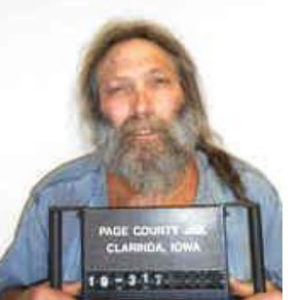 A Clarinda police officer is hospitalized after a violent struggle with a suspect on Tuesday night.

According to Clarinda Police Chief Keith Brothers, officers attempted to stop a bicycle that was being operated after dark with no lighting around 9:30 p.m. The bicyclist failed to obey the order to stop and fled.

The man identified as 56-year-old Kevin Duane Hoyt of Clarinda, exited the bicycle and went into Ding’s Honk-n-Holler Liquor Store. Brothers says a violent struggle ensued with Hoyt and police officers inside of the business. Several thousand dollars worth  of liquor was destroyed.

One Clarinda officer sustained injuries to his forehead and nose. He was transported to Clarinda Regional Health Center for the treatment of his injuries. Brothers says the officer is expected to return to duty in two or three days.

Hoyt was charged with felony assault on a police officer, possession of methamphetamine, fourth degree destruction of property, and interference with official acts. Hoyt was booked into the Page County Jail on $8,300 bond.