You are here: Home / Military / Public invited to National Guard sendoff for troops in Boone 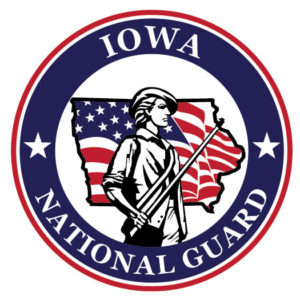 There’s a sendoff in central Iowa tonight for a group of National Guard soldiers who are deploying overseas.

Guard spokesman, Colonel Michael Wunn, says the sendoff is at the unit’s headquarters in Boone. “It’s Company C 2nd of the 147th Assault Helicopter Battalion. And there’s about 60 soldiers who are a part of that unit who will deploying over to the Central Command of operations,” Wunn says.

He says the soldiers will first go to Fort Hood, Texas, for additional training before heading overseas to the Central Command — which is comprised of 20 nations in the Middle East, North Africa, and Central Asia, including Afghanistan, Iraq and other countries. “They fly Black Hawk helicopters and they provide different types of things as far as support to air movement operations, they can help with air assault operations, combat operations if the need arises. They can help with VIP transport and medical evacuations as well,” according to Wunn.

Wunn says the sendoff is at the Boone High School gym at 5 p.m. He says the public is invited to the event to show the soldiers the state is supporting them. “And then I think it is also important for the families of these service members who are deploying to see the support — not only from the leadership here in the state — the governor and lieutenant will be there. The Adjutant General will speak, we’ll have a representative from the Boone community who will speak. For those soldiers and their families to get a sense of the community that supports them as they prepare to go overseas,” Wunn says.

Wunn says the number of soldiers deployed has been relatively low recently. “A unit that flies C-12 aircraft — they’re deployed over the Central Command area of operations right now — there’s about seven who are with that unit,” Wunn says. “And then the 60 from the helicopter unit, that’ll bring us up to approximately 70 Iowa Army National Guard soldiers who are deployed. Plus we have two or threes who are deployed to Kosovo.”

He says the Boone unit will be deployed for one year. It has previously been mobilized in support of Kosovo Force (KFOR) in 2010 and Operation Enduring Freedom in 2014.