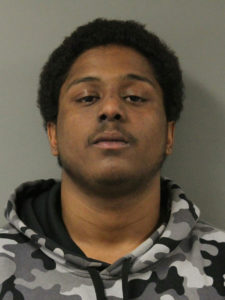 A South Dakota man was killed in Fort Dodge Friday evening and police suspect he was shot during a drug deal.

The victim is identified as 28 year old Mohammad Yaquib of Sioux Falls, South Dakota. Police arrested a 16-year-old boy from Fort Dodge on Saturday morning on a charge of aiding and abetting robbery in the first degree.

Authorities on Saturday issued arrest warrants for 19-year-old Damion Lamont Chavez of Fort Dodge. The warrants are for first degree murder and first degree robbery. Chavez is described as an African American male who’s about 5 feet 11 inches tall, weighing approximately 185 pounds. Chavez is considered to be armed and dangerous.

Anyone with information on his whereabouts is asked to contact the Fort Dodge Police Department.