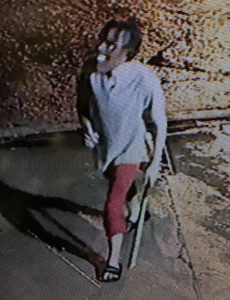 An 18-year-old has been arrested in connection with vandalism at a Catholic Church in downtown Council Bluffs.

Police says a person used a baseball bat to break five windows at St. Peter’s Church in Council Bluffs October 5th. The actions were caught on security cameras. Video showed the person entered the property twice that morning, wearing a different mask each time. Council Bluffs Police released images of the suspect to the public.

Last Friday, based on a tip, police arrested 18-year-old Tate Pilger of Council Bluffs. According to a news release posted on Twitter, officers searched Pilger’s home and found two masks, a bat and clothing similar to what was shown in the surveillance video.

Pilger has been charged with second-degree criminal mischief — a charge applied when property damage is more than $1,500, but less than $10,000.