You are here: Home / Sports / UNI tabbed for third in MVC race 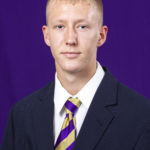 The Northern men’s basketball team is predicted to finish third in the Missouri Valley Conference as announced by the league office. UNI’s A.J. Green was named Preseason First Team All-MVC, the only Panther selected on the preseason list.

The annual preseason poll was determined by the leagues sport information directors, members of the media and coaches.

Missouri State has been selected as the league favorite. This marks the second time in three seasons the Bears have been preseason favorites. Bradley, last season’s MVC Tournament Champions have been selected to finish second. After winning a share of the regular season title a year ago Drake has been picked to finish fifth.