You are here: Home / News / Ohio congressman drops out of 2020 presidential race 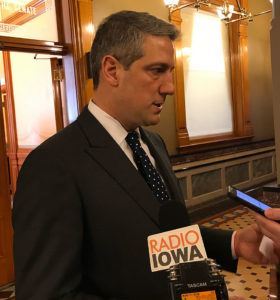 Ohio Congressman Tim Ryan posted a video on Twitter today to announce the end of his presidential campaign.

Ryan’s last appearance in Iowa was on September 21st alongside 16 other candidates who spoke at the Polk County Democrats’ Steak Fry. The Des Moines Register/CNN “Iowa Poll” released that evening showed none of those surveyed listed Ryan as their first choice for the 2020 Iowa Caucuses.

Ryan intends to seek reelection to the U.S. House in 2020.