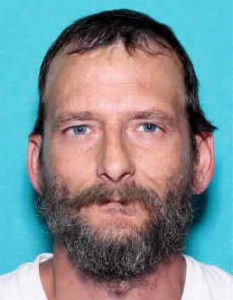 The Iowa Division of Criminal Investigation says a one-thousand dollar reward is now being offered for clues in the death of a Creston man.

Forty-five-year-old Paul Allen Scheel was found dead at his apartment on Valentine’s Day in 2018 and an autopsy ruled his death a homicide. DCI Special Agent in Charge Adam DeCamp says the case remains unsolved. “This is a reward being offered by Crimestoppers just trying to help bring closure to this case and answers in the death of Paul Scheel,” DeCamp says.

Other details of Scheel’s death have not been released while the investigation continues. DeCamp says you can make an anonymous tip to Crime Stoppers of Central Iowa. He says there is someone out there that knows exactly what happened and they hope the reward will get them to come forward and help resolve the case and nothing is insignificant.

DeCamp says it’s important in these types of cases to review all information as soon as possible. “It’s kind of one of the things that go with homicide investigations is the first 48 hours — if it’s not solved within the first 48 hours your chances of closing it at any time can be cut by up to 50 percent. And then as the time goes on in days and weeks and months into years — that number goes down dramatically,” according to DeCamp. “We believe in this case that there is someone out there that has information that would be helpful in bringing a resolution to this case.”

You can give officers information anonymously by going to Crime Stoppers of Central Iowa’s website at: crimestoppersofcentraliowa.com. You can also download the P-3 app to submit a tip or call 515-223-1400.