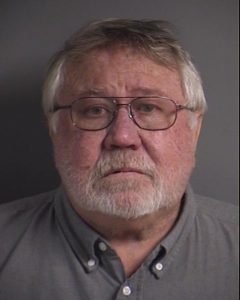 The husband of a University of Iowa administrator who was found dead in Iowa City has been charged with her murder.

Sixty-seven-year-old Roy Browning, Junior of Iowa City was arrested Monday and charged with first-degree murder in the death of 65-year-old JoEllen Browning. JoEllen Browning who was found dead in their home on Friday, April 5th and her death was determined to be a homicide caused stabbing.

She was the director of operating budgets at University of Iowa Health Care. Court records indicate Roy Browning had run up a debt and had taken money out of his wife’s bank account.

Roy is being held at the Johnson County Jail on a five million dollar bond.