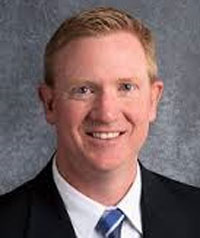 It’s illegal for a motorist to pass a stopped school bus with its stop arm extended and lights flashing, but the act continues to be a problem for many Iowa schools.

Le Mars Community School District Superintendent Steve Webner says it’s one of his worst worries.  “Out of all the safety concerns we have in this district, this is the most urgent and scary concern that we have,” Webner says. “It happens every single day on a number of buses in the morning and afternoon. The risk of children getting hurt or killed is very high every day with this.”

During a school board meeting this week, Webner detailed the numbers of such violations — and board members are heard gasping. “Last year, the total for the year ’18-’19, we had 120 violators who drove past a school bus when the stop arm was out and the lights were flashing,” he says. “So far this year, as of last week, we’ve had 31.”

In recent years, Webner says Iowa legislators increased the penalties for the crime with Kayden’s Law, named for a youngster who was killed by a motorist passing a stopped school bus in Northwood.  “The law states that violators will receive a fine of $250 to $675 and/or 30 days in jail,” he says. “Also, you lose your license for 30 days and it does go on your insurance.”

Webner says some buses are equipped with cameras to capture images of violators. He says it’s more of a problem in town than in the rural areas. The school intends to start a campaign drawing attention to the problem beginning with a letter to parents.