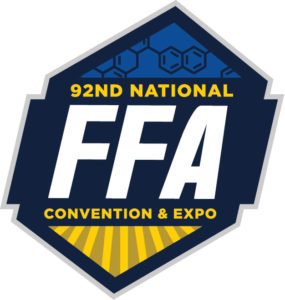 Iowa will be exceptionally well represented at this year’s National FFA Convention and Expo, which opens this morning in Indianapolis.

Scott Johnson, executive director of the Iowa FFA Association, says about 3,000 Iowa members will be at the national event. Johnson says interest — and membership — in the ag education youth organization is growing at the state and national levels.
“National FFA, for the first time ever, has surpassed 700,000 members,” Johnson says, “and in the state of Iowa, we set a membership record again last year at 15,642 members.”

Iowa has 242 chapters and since 2012, the state’s seen a 25% boost in FFA membership. While fewer than two-percent of Americans are directly involved with production agriculture, one in three jobs in Iowa are ag-related and young people are recognizing the advantages of pursuing careers in the ever-broadening field.

Johnson says, “Students don’t necessarily have to have a production ag background nor do they have to go directly into production ag, however, knowing and understanding content related to production agriculture is really, really important.” While the -state- convention in Ames draws record crowds with 6,000 FFA members attending this past spring, Johnson says the -national- convention presents even greater opportunities.

Johnson says, “The career show expo at national FFA is very large and opens up more of a national perspective of different colleges, institutions, sponsors, different industries.” The ag industry offers a wealth of promise for association members, Johnson says, as the supply chain runs from production all the way to retail.

“There is a significant need for young people with an interest in agriculture to enter the industry,” he says, “because the job opportunities and careers will be there.” The 92nd annual national event in Indiana runs through Saturday, gathering some 65.000 FFA members.