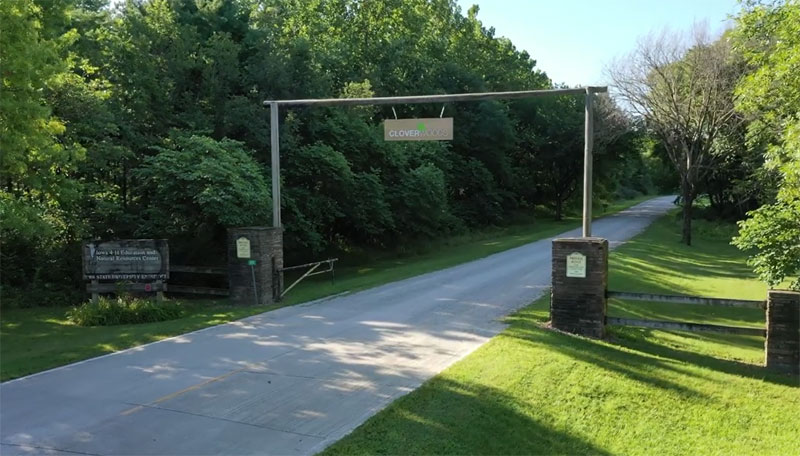 The Iowa Natural Heritage Foundation plans to buy “Clover Woods” near Madrid — which used to be known as the Iowa 4-H Camp. Joe Jayjack, a spokesman for the foundation, said the goal is to ensure the area is preserved for public use.

“It has a lot of natural resource value and we were really concerned that it could be divided up or developed,” Jayjack said, “and our first priority was to make sure it was protected.”

The Clover Woods Camp and Retreat Center covers just over 1000 acres. The purchase price won’t be disclosed until the sale is final in December, but Jayjack said the INHF will pay the Iowa 4-H Foundation a “significant” amount.

“I’ll tell you that it wasn’t inexpensive and a project this size is a significant risk for a nonprofit like us,” Jayjack told Radio Iowa, “and so we’re definitely going to work with our partners and our members to see what we can do to raise funds to have this place permanently protected.”

4-H clubs throughout the state started raising money in the 1940s to establish a centrally-located camping center and it opened in 1952. Jayjack said one option may be to convert all or part of the site into a state park, but the first goal will be to assess what’s there. The age of the cabins vary widely, for instance, from fairly new to very old.

“This place has a long legacy as a camp where people were going out and learning about nature and getting that kind of education and a big part of that camp experience was those buildings,” Jayjack said, “so we’re going to see what can be used.”

Clover Woods sits along the Des Moines River and Jayjack said its wetlands as well as prairie spaces are important filters that contribute to water quality.

“But it’s also a really high quality oak-hickory woodland. There’s not a lot of invasive species in there and there aren’t a lot of places that are that well taken care of that are left around here,” Jayjack said. “There’s also some very ancient Native American burial mounds on there.”