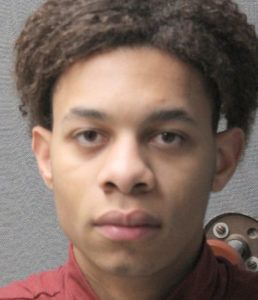 A Briar Cliff University student is facing several charges for allegedly forging checks and using them to pay for sex acts.

Twenty-year-old Davion Sandifer of Austin, Texas is charged with five counts each of forgery, soliciting prostitution and criminal transmission of a contagious or infectious disease. Harlan police took a report that five males between the ages of 17 and 19 had been paid with forged checks to engage in sexual acts with Sandifer in his Briar Cliff dorm room in Sioux City.

Court documents show the checks made out to the teens ranged from $30,000 to $600,000. The DCI searched Sandifer’s dorm room and found checks and check stubs that matched the checks given to the five teens from Harlan, along with other fake checks.

Sandifer was taken to the Woodbury County Jail where’s he’s being held on a $5,000 bond.