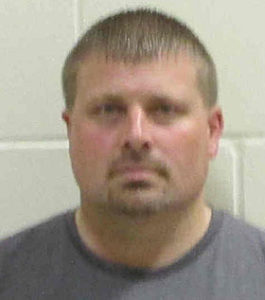 An Independence man will spend time in jail for torturing the family dog.

In August, a jury found 42-year old Jason O’Neil Johnson guilty of animal torture after he held down the family dog, Daisy, in an incident this spring and beat her with a belt and closed fists – because she had chewed on a pair of sunglasses.

Johnson made his son record a portion of the beating and send the video to Johnson’s other children to show them what happens when they fail to properly secure the dog in her kennel.

Independence police officers rescued Daisy from Johnson and filed charges against him. On Tuesday, Johnson was sentenced to thirty days in jail, with only seven days imposed and the remainder suspended. He will spend only seven days in jail if he successfully completes a year of probation, psychological evaluation and treatment and 16 hours of community service.