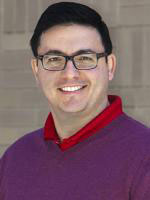 An Iowa State University study finds farm equity across the state is on the decline.

The study of more than 200 mid-size Iowa farms found 44% could be classified as having vulnerable liquidity in December of 2018. That was just 31% in December of 2014. ISU Extension economist Alejandro Plastina says several factors have led to the fall.

“There’s been trade issues as of recently, there’s been uncertainly about crop prices,” Plastina says. “In 2019, pushing liquidity even further down, weather issues prevented planting and delayed planting.” Those factors combined put a lot of stress on farm operations, he says. The average loss of working capital on Iowa farms and ranches between 2015 and 2017 is about $189 per acre.

Plastina says, “Mostly all farms lost substantial amounts of working capital and the slight increase in working capital over 2018 was not enough to compensate the loss in working capital since 2014.” Without government assistance last year, including 646-million dollars in Market Facilitation Program — or MFP — payments, he says economic conditions on Iowa farms would have been even worse.

Plastina expects the numbers for 2019 to be poor as well. He’s advising producers to secure their operating loans for the next year or two and to do as much as they can to protect their working capital.