You are here: Home / Human Interest / Voyager 2 with U-I instruments on board leaves the solar system 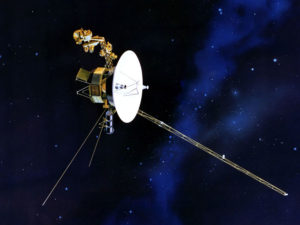 A spacecraft carrying instruments designed and built at the University of Iowa is now the second man-made object to leave our solar system and it’s heading off into interstellar space.

Don Gurnett, a U-I professor emeritus, helped craft the plasma wave instrument onboard Voyager 2, which has passed the outer boundary of the sun’s influence, what’s known as the heliosphere.

That’s a long, long way away. “Think of the speed of light, that’s the speed at which a radio wave propagates, and it takes 19 hours now for the radio signal to get from Voyager 1 back to the Earth,” Gurnett says. “It’s just out there at a staggeringly large distance.”

Voyagers 1 and 2 were launched within weeks of one another in 1977 and the first spacecraft reached interstellar space in 2012. Gurnett and his research team now confirm, Voyager 2 has joined its twin in going beyond the solar system. It’s unclear how long the sub-compact-car-sized craft will continue to send messages we can receive.

“They have a nuclear power supply onboard, that’s how we get the electricity to run the transmitter,” Gurnett says. “It’s going down at the rate of about four watts per year and the best testaments might be we can continue to operate for another ten years but that’s not really certain.” 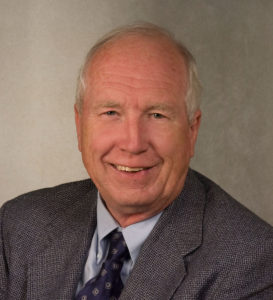 One of the Mars rovers, Opportunity, was designed to explore the Red Planet for about 90 days but managed to continue gathering and sending back data for more than 14 years. Likewise, the Voyagers are proving very long-lived. “It is amazing,” Gurnett says. “The spacecraft, we originally designed it just to get to Jupiter and Saturn. That was about a four year trip, if I remember right.”

The Voyagers have enduring that four years — times a factor of ten and then some — now at 42 years and counting. They’re now traveling at roughly 34,000 miles-an-hour. While deep space is very cold, perhaps 450-degrees below zero, Gurnett says now that the Voyagers are beyond our solar system, they may continue to thrive.

“Once you get this far from the sun and we’re no longer flying by other planets, the temperature is very stable and that’s an important factor for the longevity of electronics,” Gurnett says. “What you don’t want is a lot of temperature variation, cycling up and down. That tends to break solder joints, in case you wonder why.”

Astronomer Carl Sagan successfully pushed NASA to have the Voyagers stocked with Earthly audio recordings, photographs, writings and even a map of our solar system, should the spacecrafts ever be encountered by other-worldly beings. The fictional Voyager 6 was the subject of the 1979 movie, “Star Trek, The Motion Picture,” as alien life forms found the far-traveling probe and sent it back toward Earth on a deadly, new mission.

Gurnett says there are clear lines that draw distinctions between science fiction and science fact. “Of course, I think the chances of an alien life finding it out there are probably nil to none,” Gurnett says. “It’s really kind of a romantic idea.”

After a 60-year career at the U-I, Gurnett retired earlier this year at age 79. He says the Voyagers’ accomplishments are a milestone given their longevity — and he laughs — “the longevity of people like me.”