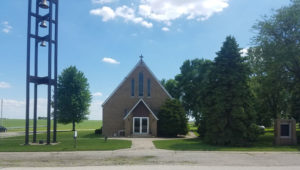 After nearly a year in operation, a shelter serving homeless women and children in north-central Iowa is still working to let those in need know help is available, while also working to raise money to expand.

The Lotus Community Project of Fort Dodge is based in a former Lutheran church in rural Webster County. Project president Courtney Underwood says they’re helping to fill a critical need. “We used to have a homeless shelter and that transitioned to another service, so there were virtually no services available for homeless women and children,” Underwood says, “so we stepped in and took that bull by the horns.”

The shelter serves six counties in the region, offering housing, support and resources. Underwood says there are all sorts of ways women and children could end up being homeless. “We want to be there to help them establish safety and somewhere to stay while working to figure out what each individual’s root cause is of their homeless situation,” she says, “and work to help them get back to self sufficiency.”

The project is trying to raise $300,000 to continue to expand the operation and to cover additional expenses related to the renovation. The next fundraiser is a succulent make-and-take event for creating “fairy gardens.”

“We’ve got different containers and a bunch of different breeds of succulent plants so people can come and make their own arrangements,” Underwood says. “It’s a good event to bring your children, maybe sisters or mothers and daughters.” The event will be held December 6th at River Hops Brewing in downtown Fort Dodge.

Since it opened in January, the shelter has served 66 women and 54 children from six Iowa counties: Calhoun, Hamilton, Humboldt, Pocahontas, Webster and Wright.