Four former Iowa State University students who were killed while serving in World War Two and Vietnam will be honored on this Veterans Day during ISU’s annual Gold Star Hall ceremony.

Kristin Erdman, spokeswoman for the ISU Memorial Union, says family members of each of the four servicemen will be at the ceremony. “We include as many Iowa State students as we can to help us tell the stories,” Erdman says. “We have ROTC students who present the colors through the flags in the ceremony, we have buglers and singers from the ROTC program who help us start off the ceremony, and then we invite members of the Iowa State community to help us tell the narratives.”

Gold Star Hall includes the names of nearly 600 Iowa Staters who have died in war: in World War One, World War Two, Korea, Vietnam, Somalia, and in the Global War on Terrorism. The ceremony is held every year on the Ames campus on the Monday of Veterans’ Week.

“We tell the stories of three or four individuals from the day they were born, though their upbringing and then how they got involved in military service and what happened while they were serving,” Erdman says. “We also have memorabilia from the families of each of those individuals on tables there so they can get even more information about who these people were and what their lives were like.”

Former students’ names are engraved on the Gold Star Hall walls if they attended ISU full-time for one or more semesters and died while in military service in a war zone. As more names become known, they are added to the wall. Current students are urged to attend the ceremony so they can see just how much in common they have with these fallen heroes.

“These students were maybe not doing well in their classes just like them, or they were fraternity brothers. Maybe they had a crush on a girl they saw in the MU commons,” Herdsman says. “We just want students to really understand that the people who died and whose names are on the wall are just like they are today.” The 75to anniversary of D-Day and the Battle of the Bulge will also be recognized this afternoon.
The Gold Star Hall ceremony is free and open to the public. It will be held at 3:15 p.m. at Memorial Union Great Hall.

This year’s honorees are:

Schuyler Wheeler, of Boone, studied dairy industry at Iowa State from 1939 to 1941. He joined the U.S. Army on 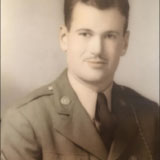 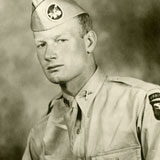 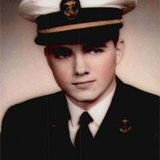 Kennith Tapscott, of Charleston, South Carolina, studied political science at Iowa State from 1963 to 1967. He enlisted in the U.S. Navy to serve in the Vietnam War. Tapscott died August 6, 1970, in Song Ong Doc, South Vietnam.