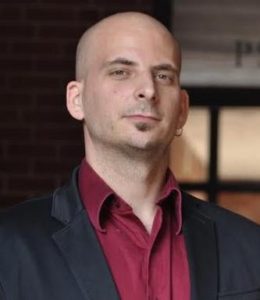 Researchers at Iowa State University are confirming something many of us already know — we’re just not getting enough sleep.

While it’s recommended most adults get seven to eight hours of shut-eye per night, ISU psychology professor Zlatan Krizan says few of us consistently get that allotment.

“There’s been a lot of reasons to think that sleep may be changing. We have an increase in technology use, technology in the bedrooms,” Krizan says. “There’s a lot of evidence people are sleeping for shorter durations now than let’s say ten years ago. What we don’t have a lot of information about is the quality of sleep change, things such as difficulty falling asleep, staying sleep.”

The ISU research team analyzed data collected from the CDC’s National Health Interview Survey from 2013 to 2017.

“What we found there is the percentage of individuals who reported at least one day with sleep difficulty, such as falling or staying asleep, has gone up several percentage points,” Krizan says. “When applied to millions of people, that’s a significant increase.”

Based on 2018 population estimates, he says the data finds as many as five-million Americans are experiencing trouble sleeping, which can indicate things like physical illness or psychological difficulty.

“There are some obvious suspects here,” Krizan says. “In some of our other research, we identified for example, especially mobile technology use in adolescent populations as well as adults is important for sleep duration. Is that what’s driving these changes in sleep difficulties? We’ll have to wait for future research to look at it.”

Earlier ISU studies found poor sleep quality can increase the risk for cardiovascular disease, while there’s a link between smartphone use and insufficient sleep among teens.

This latest study is being published in the journal Sleep Health.