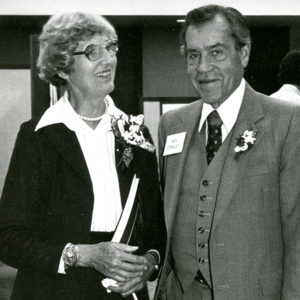 Some 63 years after it was founded in eastern Iowa, the Stanley Foundation has changed its name to the Stanley Center for Peace and Security.

President Keith Porter says the Muscatine-based organization has always worked for peace and justice around the world, but the word “foundation” was misleading, as people thought it just passed out grants.

“The truth is, that’s really not what we do,” Porter says. “We drive policy progress by collaborating with others, by running all of our own programming, either on our own or in collaboration with others.”

Current examples of its work include helping to organize a conference in Paris this week on preventing violence and atrocities around the world, and the annual conference in Iowa City for middle school students on promoting peace and justice, also this week.

One of the core priorities at the center, he says, is atomic weapons. “In the time that I’ve been here at the Stanley Foundation, we’ve drastically reduced the number of nuclear weapons that are in the world,” Porter says. “But all of that is really at risk at this point. We are abandoning treaties that led to drastic reductions in nuclear weapons around the world.”

Porter says the founders, Max and Betty Stanley, believed nations had to work together to solve the world’s problems.

“When you think about things like climate change or nuclear weapons or even infectious disease or the problems we see from globalization, there’s no one country that can make a big enough change to fix those issues,” Porter says.