You are here: Home / News / WWII soldier to be buried in Iowa exactly 76 years after his death in combat 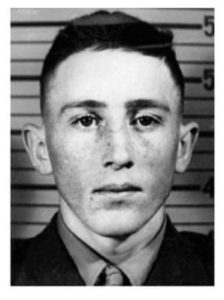 The remains of an 18-year-old from Granger who was killed in the Pacific during World War II is being flown to Iowa for burial.

In late October, the Defense Department announced it had identified the remains of Channing R. Whitaker. Whitaker, who was a Marine, died in 1943, during fierce fighting with the Japanese in the Gilbert Islands, but his body was not recovered.

In 2009, a non-profit group called History Flight notified the Pentagon it had found a burial site on Betio Island with hundreds of remains. In 2019, a nearby burial trench was discovered and Whitaker’s remains were found there.

Whitaker will be buried in Des Moines on Friday, November 22, exactly 76 years after he died in combat.

In an interview with KCCI Television, Whitaker’s niece Marla Brubaker says the military used her DNA to help identify her uncle’s remains.