You are here: Home / Sports / Central bids for ARC title and playoff bid at Coe 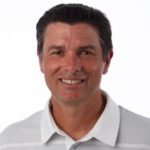 Central will be out to win a share of its first conference title since 2009 and lock up a trip to the NCAA Division III playoffs when the Dutch close the regular season at Coe.

Central moved into a tie at the top of the American Rivers Conference standings with Wartburg after a wild 57-56 overtime victory over the Knights in Pella. The Dutch have won four straight games since an October 12th loss to the University of Dubuque.

“This one is not any different than last week or the week before”, said Central coach Jeff McMartin. “We have been in a bunch of must win games and we know how good Coe is. Coe is an excellent football team and it is going to take everything we have on Saturday.”

“They are the most physical team we have seen”, added McMartin.

At 5-2, Coe is tied for third in the league race with Dubuque. The Kohawks need a win and a Loras victory over Wartburg to grab a share of the title.