You are here: Home / Health / Medicine / Combatting loneliness is a must for all, particularly older Iowans 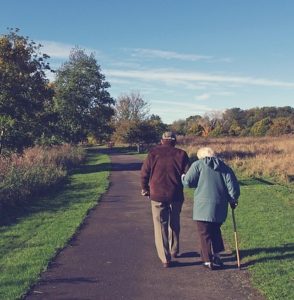 Loneliness is becoming a serious epidemic among senior citizens nationwide, especially in states like Iowa with much older populations.

A retirement living company, with facilities in Iowa and Nebraska, is working to take a proactive approach. Jennifer Knecht, vice president of marketing and communications at Immanuel Communities, says loneliness can bring on all kinds of ailments.

While the signs of loneliness can be concealed, they often come during a change of circumstance in a person’s life. Retiring from a career, health issues, or the death of a loved one can all lead to isolation.

“Forty-three percent of America’s seniors are lonely which is incredible, that’s a huge number of folks,” Knecht says. “Often, folks are suffering from loneliness and don’t even necessarily know how incredibly serious it is — or can be — for their health.”

Potential signs of loneliness may include: poor eating habits, loss of interest in personal hygiene or appearance, significant clutter in the home, a general lack of interest or withdrawal.

Combatting loneliness is a five-part process, she says, with the first steps being: learn about the epidemic, take an online loneliness assessment, discover what help is available, and then seeking out that help.

“This is the hardest step in the process, actually identifying the fact that you’re lonely and then asking for a little help, some support,” Knecht says. “Step five, make the choice of which solution is best for you. There’s a lot of different options out there that can help you combat loneliness or a loved one combat loneliness.”

Raising awareness and fighting loneliness are priorities in their facilities, she says, as a sense of community can make a world of difference in seniors’ lives.