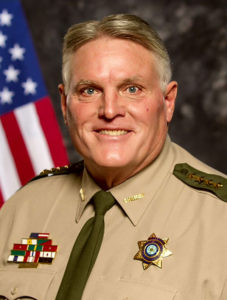 Woodbury County Sheriff Dave Drew says mug shots from the county jail will no longer be publicly sown on the jail’s website.

Drew says the decision was prompted by complaints about the mugshots being shown on a Facebook page called “Lock Up Sioux City.” “We had nothing to do with it — but what they were doing is capturing photos of people who had been arrested,” Drew says.

Drew says there were distasteful comments being made about the pictures on the site and that caused some issues with inmates.

“We would find that our jail staff.. were dealing with people that were not combative, or not resistant until all of a sudden we got to that point of mugshot. Because they (mugshots) were on social media and didn’t want their picture on it,”Drew says. “We were spending 15 to 20 minutes extra tying ourselves up convincing them we didn’t have nothing to do with it, but this is something that has to be done.”

Sheriff Drew says many other counties do not publicly post mugshots of their jail inmates. He says mugshots will still be provided to the local news media for their use.