You are here: Home / Business / Economist predicts an increase in Christmas shopping this year 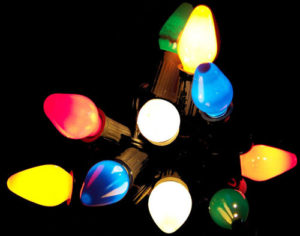 “Based upon our surveys, in these two surveys of manufacturers and bank CEO’s in ten states, including Iowa — the overall numbers are pointing to a positive Christmas holiday buying season — up three to four percent,” Goss says. He says on-line shopping will see an even bigger boost.

“Online buying by consumers is going to be up 14 to 15%, so much better on online buying,” Goss says. “…some of what is limiting it is finding qualified workers to fill those retail positions.” Goss says you may see the impact of the worker shortage as you look to buy gifts.

He says with low unemployment, low gas prices and a good overall economy, there is plenty to spend on gifts. “Consumers are pretty flush with at least confidence and with some spending power. Although, consumer debt is at record levels — particularly for millennials and those who have college debt,” Goss says. He says that college debt could impact some of the buying from those consumers.

Goss does have a word of caution looking forward. He says the growth in holiday sales comes as the economic growth is down from last year, signaling slower economic growth and somewhat higher unemployment levels in the weeks and months ahead.