You are here: Home / News / UPS ramping up hiring for the holidays 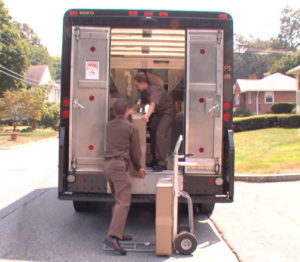 Many Iowa employers are hiring seasonal workers who will help out through the busy Thanksgiving and Christmas holidays.

Jon Bowers, director of learning technology at United Parcel Service, says very few other employers in the state will be ramping up staffing quite like UPS. “We’re planning to hire over a thousand workers in the state of Iowa and that’s going to include all of the places that we have a location which is most of your major and mid-sized cities that we have there,” Bowers says. “Of course, we deliver all over the state as well so we have opportunities for work anywhere that someone is looking for a job.”

UPS plans to hire more than 300 workers in Des Moines alone, most of whom will be based at the international airport location.
“We’ve already begun the hiring process to onboard our seasonal employees there in Iowa and once they’re hired they can expect to work through the Christmas holiday and into January,” Bowers says. “We’re still very busy in that month as many people are cashing in those gift cards that they received or they’re returning things that they received for the holidays.”

Depending on the job, pay ranges from $14 to $30 an hour and there are part-time and full-time positions available.
“Those include things like working in our warehouses as a part-time package handler where you’ll move packages from one location to another inside a warehouse,” Bowers says. “We also have driver positions available, and we have those driver helper jobs open as well where you get to act as Santa’s helper and help our drivers deliver the holiday season.”

Some of the seasonal jobs can extend well beyond the holidays. Bowers says 35-percent of the temporary workers go on the acquire permanent positions.