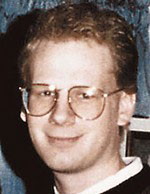 A judge has temporarily halted plans to execute a north-central Iowa drug kingpin for the 1993 murders of three adult witnesses and two children.

Their five bodies were found buried in a field southwest of Mason City in the fall of 2000. Honken was one of the Midwest’s early large-scale producers of methamphetamine and was sentenced in 1997 to a 27-year term for making and distributing drugs. Honken’s girlfriend Angela Johnson was also convicted in connection with the murders and was sentenced to death, but her punishment was reduced to life in prison in 2014.

U.S. Attorney General William Barr announced in July that he had directed the Federal Bureau of Prisons to clear the way to resume capital punishment after a nearly two decade lapse. Honken was scheduled to be executed on January 15th at the federal prison in Terre Haute Indiana. U.S. District Judge Tanya Chutkan put the cases of Honken and four others on ice while the challenge plays out.

She said in a Wednesday evening ruling that the public is not served by “short-circuiting” a legitimate judicial process. Barr told the Associated Press on Thursday that he would take the issue all the way to the U.S. Supreme Court if necessary.