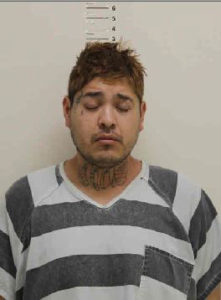 The man accused of stealing money from a Le Mars bank last December — and using a rented truck as the get-away vehicle — has been sentenced to 12 years in prison.

Phillip White pleaded guilty in June to two federal charges involving robbing the bank. White was ordered to pay restitution cost of more than $16,000 to the Iowa State Bank, and more than $5,000 to the U-Haul company.

Law enforcement officials were able to apprehend White and his accomplice, Karen Merrick, a short-time after the robbery. The pair used an U-Haul truck as their get-a-way vehicle. Merrick has also pleaded guilty to being an accomplice of the bank robbery. She will be sentenced at a later date.