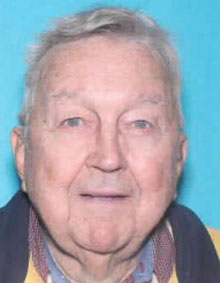 Police in Arizona confirm a missing southwest Iowa man has been found dead there.

The body of 90-year-old James Lewis Larson of Sharpsburg was found north of Yuma, Arizona Sunday. Police had issued a silver alert for Larson in both Kansas and Arizona last week.

Larson had been traveling to his winter home in Arizona and was last seen in Lawrence, Kansas on November 13th. Authorities then pinged his cell phone north of Yuma on November 16th. No other details regarding Larson’s death have been released.