You are here: Home / News / Heavy snow predicted, forecaster expects it to stick around a while 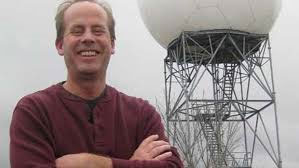 The National Weather Service has issued a Winter Storm Watch for the northwest quarter of the state throughout the day, into the early evening and into the early morning hours of Wednesday.

Todd Heitkamp, the chief meteorologist at the National Weather Service office in Sioux Falls, expects the first snowflakes to fly by mid-morning.

“It’s definitely going to be a change there’s no doubt about that after the nice weather we had this past weekend and, honestly, the dry weather that we’ve been experiencing the past couple of weeks,” Heitkamp says.

Forecasters say as much as nine inches of snow could fall in some areas.

“We’re looking at winds gusting as high as 30 to 35 miles an hour,” Heitkamp says. “Travel conditions are definitely going to be impacted across the area.”

Heitkamp says a second storm will move into the area Thursday night and probably stick around until Saturday.

“We’re going to have snowfall on the ground for quite a while now because we’re not expecting anything to cause that snow to melt,” Heitkamp says, “especially with the second storm coming in.”

Heitkamp says the heaviest snowfall will probably falls between 3:00 p.m. this afternoon through 11 o’clock tonight.