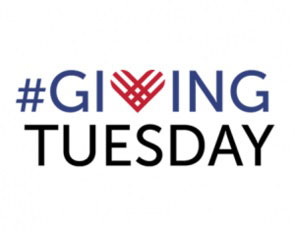 This is Giving Tuesday, a day where Iowans are encouraged to join people around the world in a generosity movement designed to unleash the power of people and organizations to transform their communities.

Neal Bohnet, chief development officer for the Iowa Red Cross, says his agency is dedicated to responding to all sorts of disasters — big and small. “We responded to 650 home fires this last year in Iowa along with countless flooding issues,” Bohnet says. “Anything that we’re asked to do as the Red Cross, we’re going to be there to help.”

When needed, the agency sends trained volunteers from Iowa to trouble spots within the state, across the nation and around the planet, providing things like food, lodging, cleaning supplies and emotional support. Bohnet says, “One thing that I always tell folks is that just because a disaster didn’t make the news doesn’t make it any less devastating for those folks involved.”

During 2019, the United States has experienced ten weather and climate disasters, including extreme flooding, storms and wildfires, that cost more than one-billion dollars each. Worse, the frequency of major disasters has nearly tripled in the past five years. Giving Tuesday isn’t just about making donations of cash, as Bohnet says it can also be about giving blood.

“We do have Red Cross blood drives all over the state,” Bohnet says. “It’s one of those things that we’re always in need of. The gift of blood is so important and it’s a major part of our life-saving mission at the Red Cross.” Giving Tuesday was created in 2012 as a day that encourages people to do good. Over the past seven years, it’s grown into a global movement that inspires hundreds of millions of people to give, collaborate, and celebrate generosity.