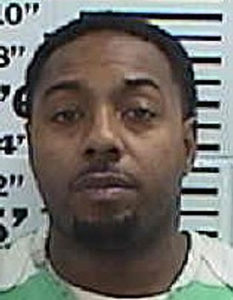 Investigators have released the name of the man believed to have killed a woman outside a bank in Lu Verne Wednesday.

According to the Kossuth County Sheriff’s Department, 35-year-old Valentino Williams of Coralville has been charged with first-degree murder and first-degree robbery in Kossuth County District Court. Williams was taken into custody about an hour after the shooting, after law enforcement stopped the vehicle he was driving in the north-bound lane of I-35, near mile marker 158.

Witnesses had advised law enforcement of a black S-U-V with no front license plate leaving the scene of the shooting and heading east out of Lu Verne at a high rate of speed. Investigators also used surveillance video and say Williams fired multiple shots at the victim, identified as 43-year-old Jessica Weishaar of Algona, and then fled the scene.