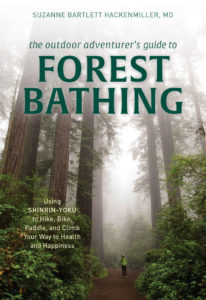 A Webster City physician is the author of a new book that focuses on the Japanese technique of bringing happiness and health through what’s known as “forest bathing.”

Doctor Suzanne Bartlett Hackenmiller has done extensive research on the practice which was started in the 1980s. She says doctors in Tokyo were seeing escalating rates of mental health issues, stress and suicides. “They started taking people about an hour outside of the city to do this practice of shinrin-yoku, which basically is a way to more mindfully take in nature through the various senses,” Bartlett Hackenmiller says. “It became a prescribed practice that they developed.”

As part of their experiments, they’d take small groups of patients into the woods for multi-day excursions. “They would take people out for three days and two nights just taking the nature and their surroundings in through the senses in a very quiet, contemplative, mindful way,” she says.

In her book, called “The Outdoor Adventurer’s Guide to Forest Bathing,” Bartlett Hackenmiller talks about the ways in which the Japanese researchers gauged how the visits to the forest were impacting their patients. 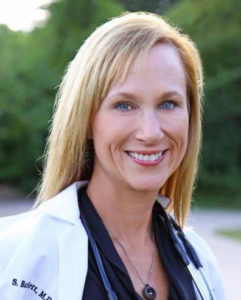 “Things like blood pressure, pulse and heart rate variability, they would do tests of their amylase and cortisol levels in their saliva which are markers of stress,” Bartlett Hackenmiller says. “They would check these various things before going out in nature and then afterwards, and they found consistently that there was improvement in all of these different health parameters.”

The book covers how forest bathing can play a role in biking, hiking, cross country skiing and other recreational activities. Copies of the book may be ordered on Amazon. Bartlett Hackenmiller will have a book signing Tuesday night at the Kendall Young Library in Webster City.