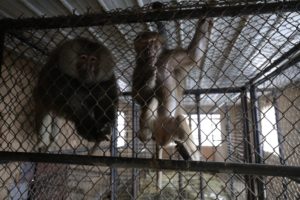 Rescuers who arrived at the Cricket Hollow Zoo near Manchester on Monday discovered some of the animals were missing.

The judge had ordered that all exotic animals at the zoo be removed immediately due to “deplorable” conditions. The zoo’s owners, Pam and Tom Sellner, appealed the case, but last week, the Iowa Supreme Court ruled the rescue could continue.

The Animal Legal Defense Fund has said they will be comparing their inventory of animals transferred with the one from the U.S.D.A.’s reports to see what animals were missing and then investigate when the animals were transferred.