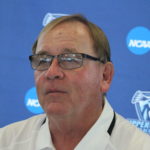 A restructuring of the football staff at Upper Iowa means the Peacocks are getting a new head coach.

Vice President for Athletics Rick Hartzell announced late Tuesday that Tom Shea will transition to a new position with the program through the end of the 2020 season, becoming a special adviser to the head coach effective immediately.

Shea has guided the Peacocks for the last 11 years after being named Upper Iowa’s 15th head coach in January 2009. Under his leadership, the Peacocks posted four winning seasons in a five-year span that included three-straight from 2013 to 2015 – something that hadn’t been done at Upper Iowa in more than 50 years.

Hartzell says Upper Iowa plans to promote someone from the current football staff to fill the head coaching vacancy on an interim basis through the end of the 2020 season.