You are here: Home / News / DOT director resigns at the request of the governor 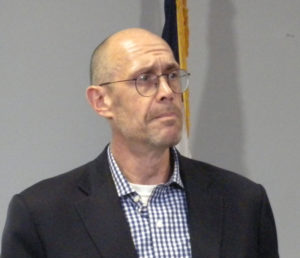 A spokesperson tells Radio Iowa that the governor asked Lowe to resign. The Governor’s spokesperson released this statement: “Governor Reynolds appreciates Director Mark Lowe’s years of service, and has decided to seek a change in leadership as she continues to build her administration.”

Lowe also released a statement: “It’s been a terrific privilege to serve in this position and Governor Reynolds has my sincere appreciation for the opportunity to do so. I have great faith in, and regard for, the people of the Iowa Department of Transportation and have every confidence they will continue to serve the State of Iowa well as they continue under new leadership.”

Lowe had served as interim director before being appointed to the job by Reynolds in  2017.